It is well known that capacitors are employed effectively to improve power factor. It is also used in conjunction with appropriate inductor (series reactor) as passive harmonic filters for reducing harmonic level of an electrical system. These are proven equipment and have provided desired solutions towards Power Quality Improvement and Power Saving, quite consistently and efficiently. Over a period, the quality of equipment and the stability of designs have reiterated the effectiveness of capacitor and reactor in the application of Reactive Power Compensation and Power Quality Improvement.

Capacitors are generally vulnerable when they are subjected to frequent switching. Even passive filters are most effective when they are kept on fixed mode. Although there has been progress in effective switching methods for capacitors, yet there is always an iota of doubt when capacitors are put on auto switching mode. Capacitor is basically equipment which stores energy and when subjected to switching will have constant flow of energy i.e. charging and discharging. This causes faster wear and tear not just to the capacitor dielectric (polypropylene film) but also to the associated switching device and other accessories, too. Plant engineers are frustrated with premature failure of equipment, troubleshooting and frequent maintenance issues. As a result in most cases they prefer to keep the capacitors on fixed mode and allow overcompensation of reactive power (leading power factor).

More and more power utilities in India are changing their power tariff regulation and have brought lead PF under the ambit while commuting the average PF. As a result the lead kVAr + lag kVAr is indirectly proportional to average PF i.e. higher the lead or lag kVAr the lesser will be the average PF. The challenge now will be to restrict both lead kVAr and lag kVAr (earlier it was just lag kVAr) to the barest minimum. Hence capacitors have to be provided for improving the power factor (compensating the inductive load) but it has to be done judiciously such that overcompensation is restricted. Over a period of time one can expect kVAh billing to be introduced by most power utilities. One should also expect strict implementation of harmonic limits by power utilities in an attempt to improve the quality of voltage and grid stability. 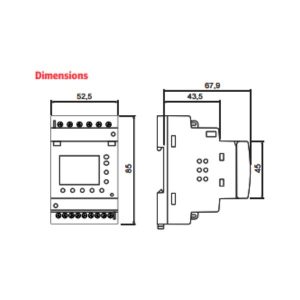 We, Cospower Engineering Ltd., who already have the expertise in PF (Power Factor) and PQ (Power Quality) improvement, are geared to provide solutions to the new stipulations that is likely to be introduced by the power utilities across the country and world. In pursuit for continuous innovation, Cospower Engineering Ltd. has developed ‘CosVar Manager System’. – a simple, well-engineered and cost effective solution to address the issue of lead kVAr. Our CosVar Manager is developed based on the principle of SVC (Static Var Compensator). We study the exact consumption of power and determine the amount of lead kVAr to be cancelled. Today Our Systems are installed at many locations and have provided excellent results.

HOW DOES ‘ COSVAR MANAGER’ WORK?

It is very well understood that lead kVAr is caused by capacitors. Inductor is the opposite of capacitors and hence inductor can cancel capacitors when introduced in a system. Hence we can use the inductive current to cancel the lead kVAr if it is precisely injected in the system.
The problems associated with switching capacitors is well explained above, comparatively using varying inductor is much more easier. Our CosVar Manager exactly does this – it restricts the complexities of capacitor switching and adopts a simple job of just eliminating lead kVAr by injecting precise lag kVAr (inductor) in the circuit. CosVar Manager is connected parallel with the load to be compensated. Thyristor-controlled reactors (TCR) generate inductive power to compensate the excess capacitive power. This feature along with the control and measuring strategy define response time for reactive power and voltage changes. The controller regulates the operation of thyristor switch in order to respond to the reactive power requirements. All parameters related to PF and the inductor ratings are intelligently set on the controller through specially designed software. The setting can be modified based on the system parameters to achieve the end results. 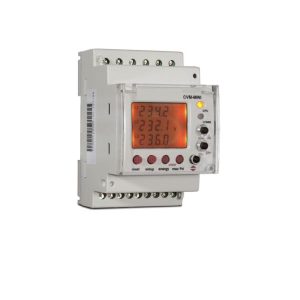 CosVar Manager will help to achieve PF close to unity by curtailing the lead kVAr on the system without any manual operation – hence eliminating the possibility of human error. Achieving PF closest to Unity will help in maintaining a Very High Load Factor and avail the maximum incentive offered by the power utility. Most importantly it leaves very little reactive power (wasted power) in the system thus enabling to draw maximum power i.e. closest to optimum power and increase Productivity which defines the bottom line of a company.

RATINGS AND OTHERS DETAILS
We have developed CosVar Manager of 300 kVAr, 500 kVAr, 1000 kVAr and 1200 kVAr for Low Voltage and Modules for High Voltage upto 33 KV. These are 3-Phase Modules to be connected on Low Voltage or High voltage as per application. Depending on the readings of Lead kVArh of a Consumer, we determine the size of the Module to be installed. Each Module consists of an Inductor Panel and a Control Unit.